This year I decided to write about the inspirational people who come up with great ideas in order to promote or protect something important to them. They’re bold, creative and they’re not afraid to get their hands dirty. Here’s a countdown of some of my favourite examples of everyday people power from 2014… 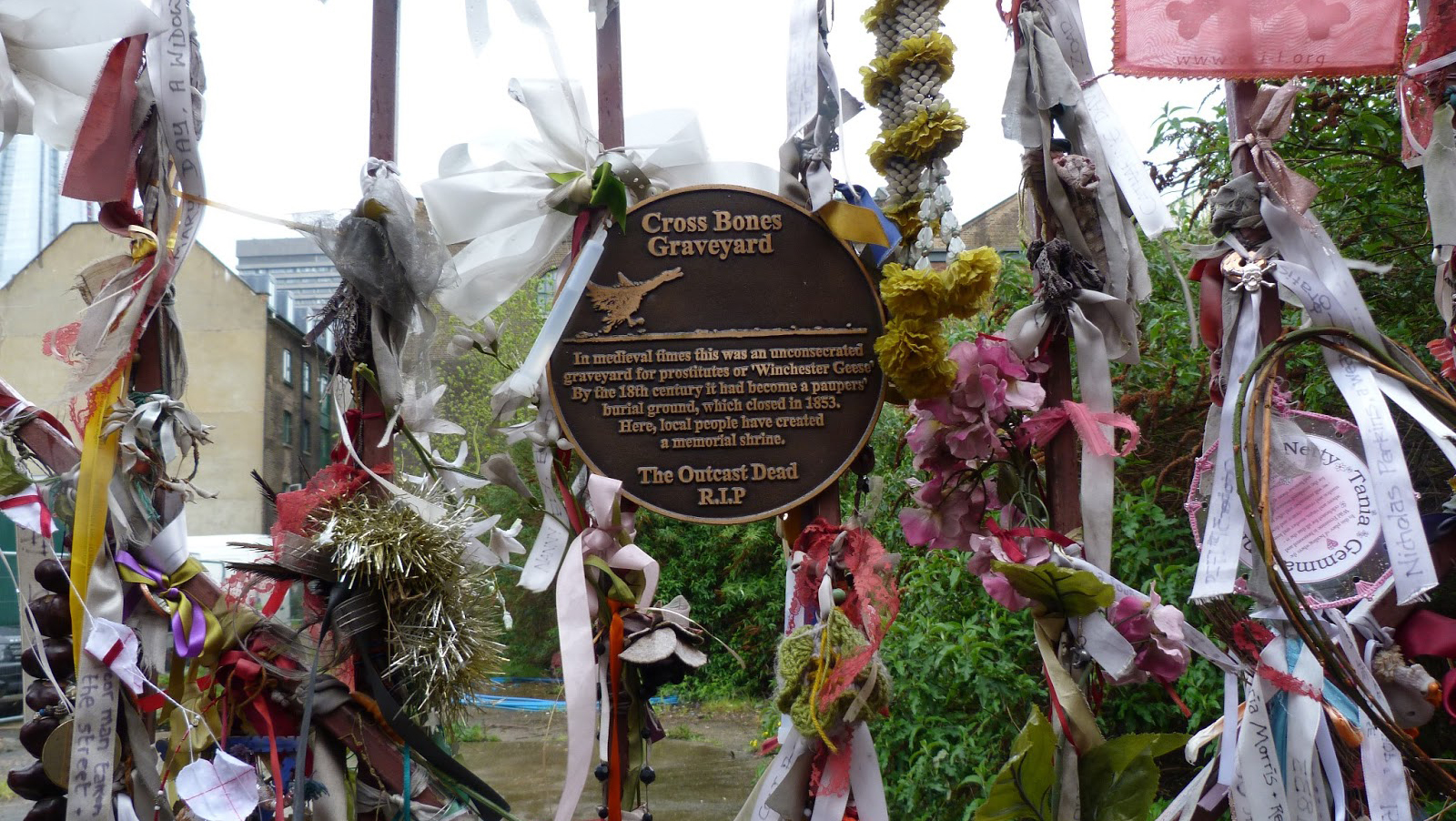 In case you hadn’t noticed… I was thrilled this year to not only attend my first Crossbones vigil, but also to learn that they succeeded in their fight to save the land from redevelopment. For years they have been campaigning for a memorial garden honouring the 15,000 outcast dead buried at the site over 150 years ago. The Friends of Crossbones are a determined and diverse group of individuals, and have created an amazing story and legacy at the site of the burial ground.

9. Architecture for Humanity: Football for Hope 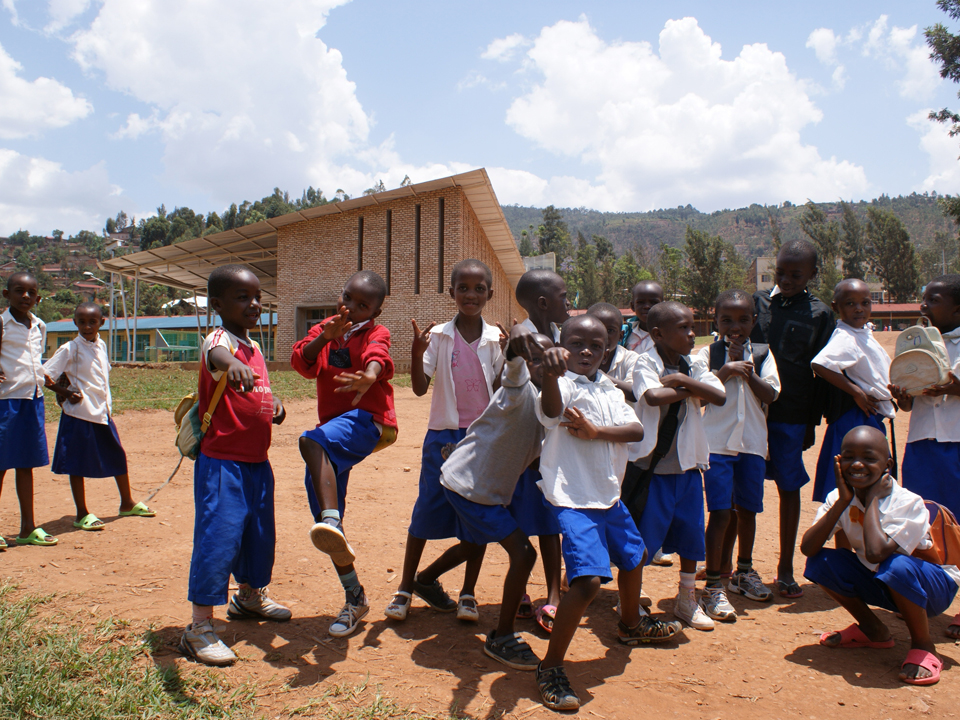 This summer, I spent a day with the lovely people at the Architecture for Humanity HQ in San Francisco. I sat in on a day of meetings about their Football for Hope project in Africa, completed earlier this year. Launched by FIFA and streetfootballworld in 2010 as a legacy of the World Cup, the programme aimed to build 20 football centers across Africa.

With a background in disaster reconstruction, community resilience and educational projects, AFH is made up principally of architects and designers, and were brought in to deliver the construction of all 20 sites. They worked to extremely tight budgetary and timeline restrictions, and yet they managed to deliver all the centres in accordance with the needs of each individual community. In a year when there has been much controversy around FIFA, both in Brazil and Qatar, it was an eye-opening insight in to the challenges faced by the people who actually deliver these corporate social responsibility projects we often hear about.

Watch out Hackney. There’s an East London borough that’s going to show us all how you truly, meaningfully regenerate a previously overlooked area of London. These last few months it’s been hard to ignore the long list of social and cultural projects emerging from Barking and Dagenham. Many of the creative events happening are being led by arts organisation Creative Barking and Dagenham, a three year project for people working, living and socialising in the area; it’s mission is to create new ways for local people to experience outstanding arts and creative activities, and to promote the borough.

Some examples of exciting, new projects happening in Barking and Dagenham are: the Beacontree 100 project working with People’s Palace Projects; the recent Punchdrunk Enrichment performance in the Eastbury Manor House; the Beacontree Mural (a commission by Create London and artist Chad McCail); Company: Movements, Drinks and Deals, an art project meets social enterprise led by Kathrin Böhm of MyVillages.

7. Matt Dimmer and The Extra Mile

This project made me smile from ear to ear when I first heard about it on @FastCoExist, and it needs all the airing it can get. It’s simply a great idea, thought up by a passionate, creative individual.

Matt Dimmer and his nonprofit organisation The Extra Mile, allow people to donate unused frequent flyer miles to the family members of terminal cancer patients. They had a challenging first few months and almost had to abandon the idea all together after around 140,000 miles were lost when a partner travel company went out of business in 2013, but thanks to Dimmer’s persistence, who was driven by the memory of his late father, he eventually managed to get the project up and running. 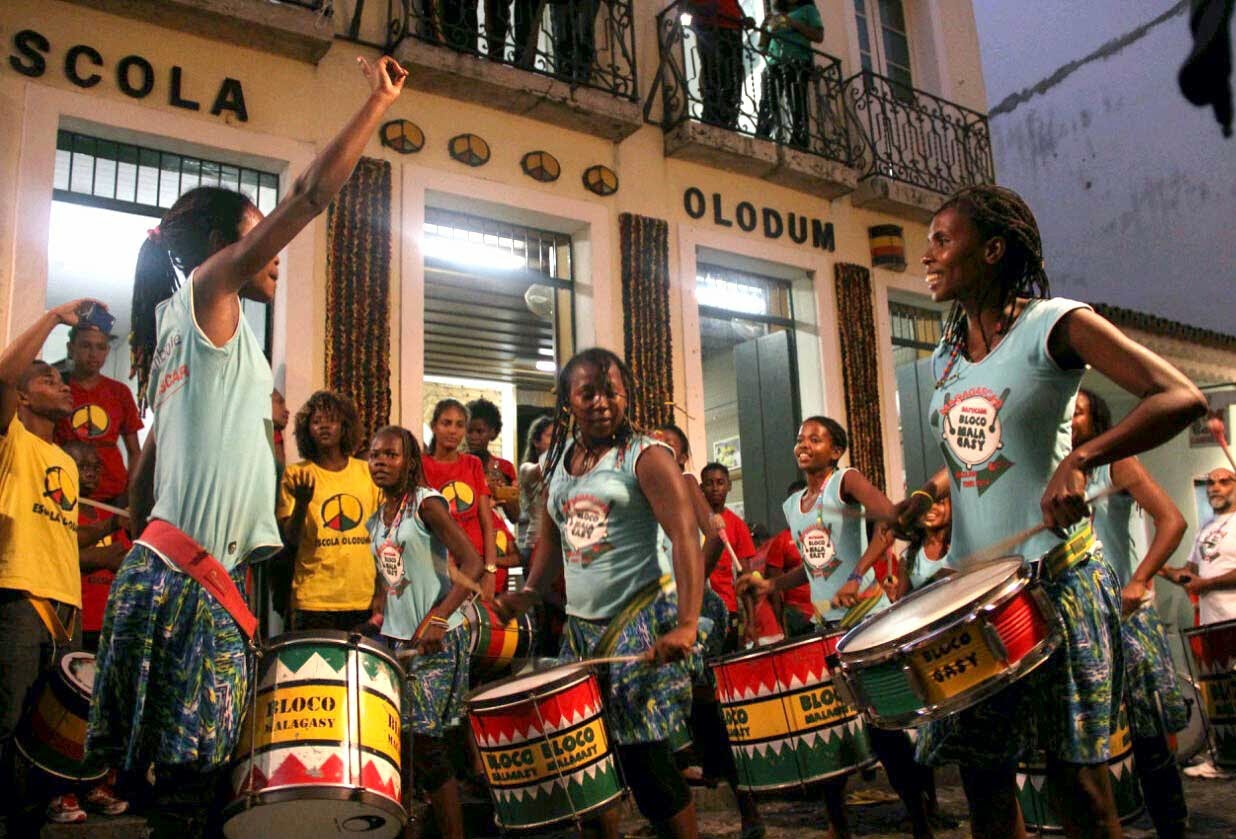 My personal highlight of 2014 was a night of dancing through the streets of Salvador, Brazil, led by the world famous Samba group Olodum.

One of the many cultural groups based in the Afro-Brazilian communities in Brazil, Olodum was founded by a percussionist called Neguinho do Samba, who believed that by offering cultural activities to young people, you can help to combat racism, encourage self-esteem and pride among Afro-Brazilians, while utilising music and community in the fight for civil rights for all marginalised groups. In a city known for its high levels of crime, Olodum has been hugely successful in creating opportunities for young people and bringing a great sense of pride to the region. With racism and discrimination still rife in Brazil, it’s as needed today as it ever was. 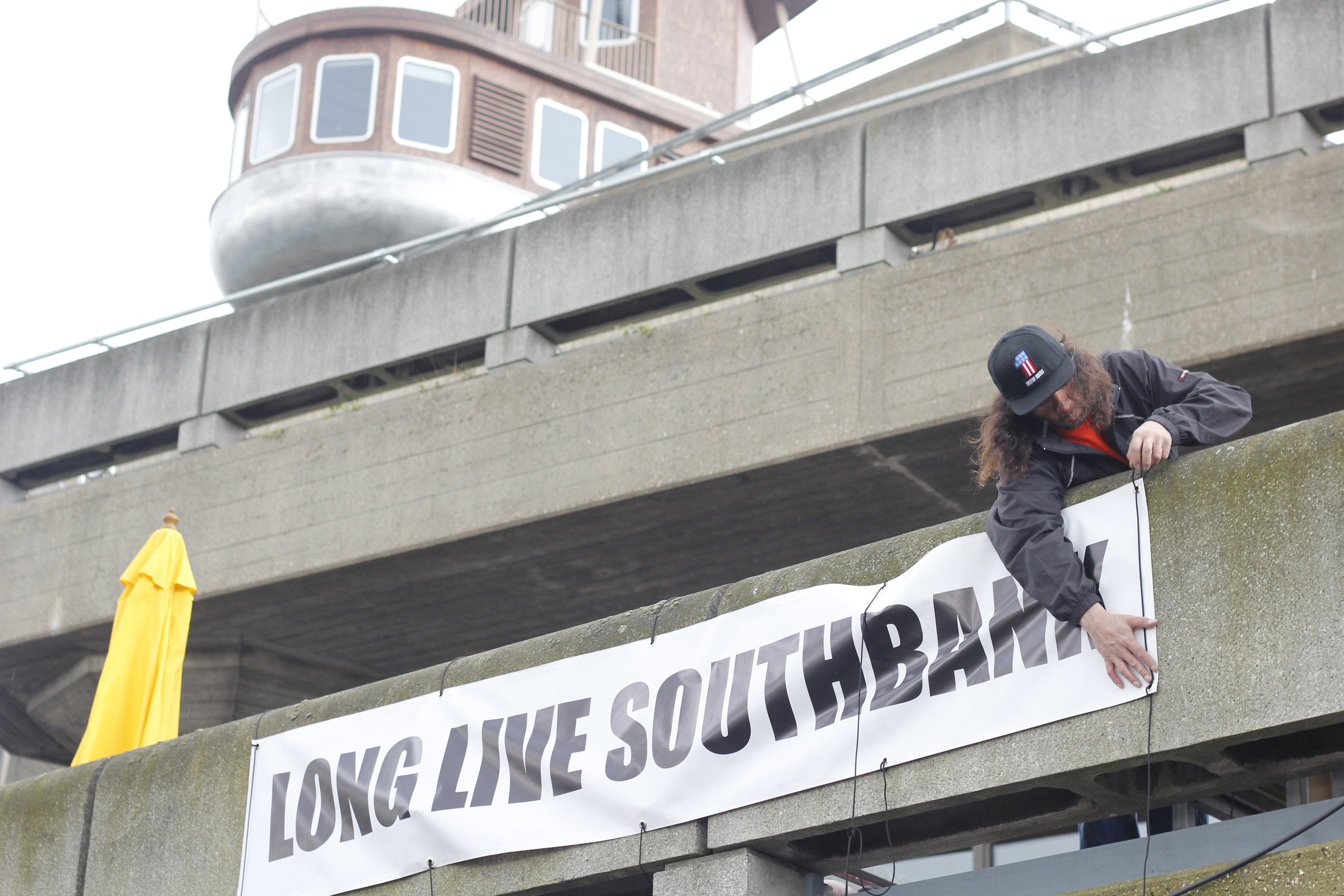 Long Live Southbank was a fantastic campaign to save one of London’s most important landmarks for public art and expression. The skaters faught a fair and organised fight against the South Bank Centre and it’s PR machine. It was exciting and empowering to see how many people came to the support of the campaign, sharing their stories about the site, and submitting official objections to the plan to relocate the skatepark in order to make space for new, commercial units.

Read my blog on LLSB from earlier this year here 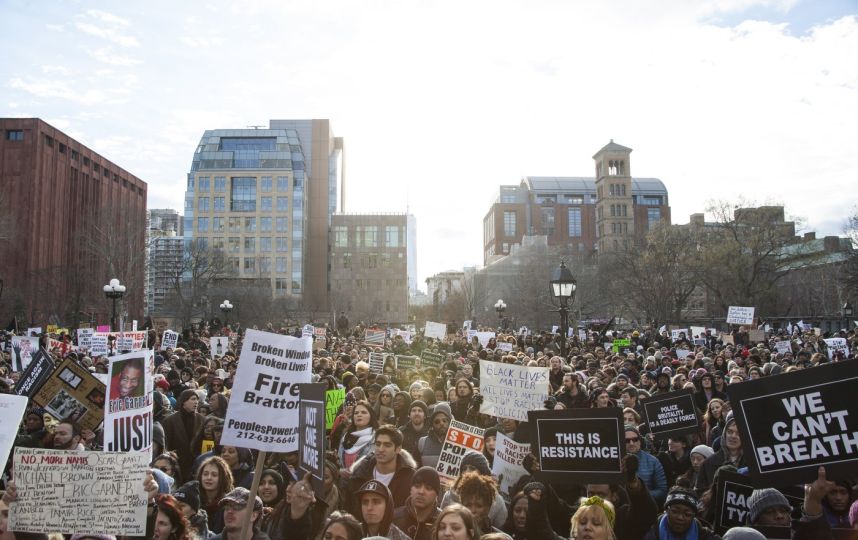 Earlier this month, tens of thousands of people came together to protest against discrimination from the police and justice system. It was a peaceful protest attended by people from every ethnic background, and all age-groups; children walked with their parents and grandparents, showing solidarity and making a stand against events such as the recent police shootings of civilians Michael Brown and Eric Garner.

Moving images emerged, many of which included the involvement of Inside Out art project, with photographs of the black victims, encouraging the authorities to see the issue through the eyes of the victims.

It’s been another great year for women in film. There’s still a long way to go before we see equal representation in the industry, but a few talented people have been doing their bit in 2014 to make sure that the balance shifts just that bit closer to where it needs to be.

We’ve seen events up and down the country celebrating women in film: In the US, PBS and MAKERS got together to produce a documentary series about the forgotten accomplishments of women over the past 50 years; The Underwire Festival in London and the Bath Film Festival shone a light on the existing female talent in the film industry; In Sweden, the A-Rating system was created, to identify films offering viewers with better female representation; Elaine Constantine’s film Northern Soul won her critical acclaim, earning her a nomination for “Breakthrough British Filmmaker” award by the London Critics Circle; and in Richard Linklater’s Boyhood we watched in awe as the strong, independent mother played by Patricia Arquette struggled to bring up a family on her own, while furthering her own future career. As Eliana Dockterman wrote in Time, the film “could just as easily have been called Motherhood” 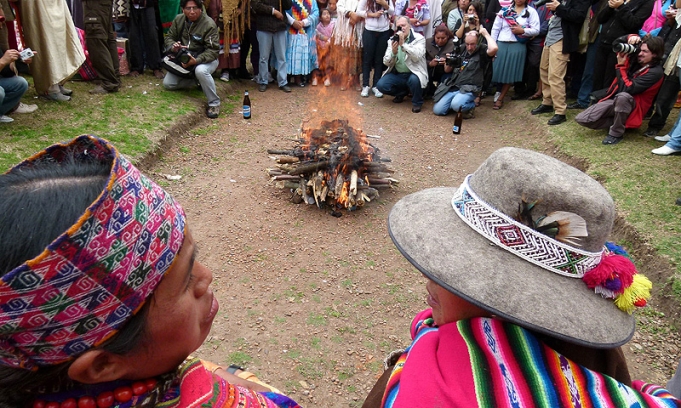 In 2014 I fell in love with the South American country of Bolivia. It is a developing country, with a poverty level of 53%. Most people speak Spanish, but Guarani, Aymara, Quechua and 34 other indigenous languages are official. I spent a month there this year and was blown over by the warmth of the people, along with their ingenuity and respect for nature.

My first encounter with Bolivian ingenuity was during my stay in the capital, La Paz where a programme was launched in 2001 to reduce the numbers of traffic-related deaths, which had soared in previous years due to rapid growth in the city centre and lack of adequate education. The project involves volunteers dressed as zebras, who greet young people at busy junctions and help them to learn how to cross roads safety, it’s been a huge success due to children engaging so well with the voluteers.

More recently, I read about the news that the Bolivian President, Evo Morales, passed a new law granting all nature equal rights to humans, which is expected to lead to radical conservation and social measures to reduce pollution and control industry. The country still has a huge indigenous population, (Morales is the first Bolivian president to come from an indigenous background), and it is impossible to visit the country without feeling the influence of Pachamama (Mother Earth) and her role in people’s lives.

Bolivia has long been seen as a primitive, developing country by other larger, world powers, and yet the move towards protecting nature, and therefore fighting climate change and exploitation of the land, could prove to be more revolutionary than anything proposed by Western powers up to now.

1. The City of Liverpool

I love Liverpool. There. I said it. Since my first visit there in 2008, I have loved its people, its art, its skyline, its music and its passion. Football aside, this year was no different.

In March, the final stage in the Hillsborough public inquest was launched. After a grueling 25 year battle for justice, the relatives of the 96 who lost their lives in the incident at the Hillsborough Stadium in Sheffield in 1989, will finally see an investigation in to all, newly revealed evidence. This inquest should finally reveal the full scale of attempts made by the authorities to cover up any police fault, and shift the blame on to the fans (victims). What still amazes me is the way in which the whole city continues to stand behind these families, there is a true sense of solidarity throughout the region. (Newsagents in some parts of Liverpool still don’t sell copies of The Sun newspaper because of its involvement in smearing lies about the culpability of the victims).

Then in October, Liverpool’s Everyman Theatre took the bookies by surprise and won the Stirling Prize for building of the year. The project was a challenging one for architectural firm Haworth Tompkins, who knew they were dealing with a building which has forever been a much-loved, institution. Public reaction to the building and its award has been extremely positive, especially with regards to the facade, a cladding created using large scale photographs of local Liverpudlians- an idea which probably wouldn’t work in any other city.

And finally, in November, I learnt of the Granby Four Streets community land trust project in Toxeth. The area suffered from 30 years of decline and neglect, following the 1981 race riots which saw buildings torched and 500 people arrested. But some remaining residents of the Granby Four Streets have established a community land trust (CLT), taken ownership of the derelict properties from the council, and will soon have refurbished their first houses.

Change started happening a few years ago when residents began making use of the land, they organised guerilla gardening groups to improve the streets, and established a local market. In 2011 they formed a CLT and attracted funding to put together a plan for the area. At this stage they approached the young architectural collective, Assemble (famous in London for public arts projects such as Folly for a Flyover and The Cineroleum).

No large commercial developers, no government intervention. Just small, local, creative solutions. At a time when people are losing faith in their local governments for selling land to the highest bidder and making our cities too expensive for people to afford to live in… This project should hopefully inspire other neglected communities to come together and take ownership of their streets.