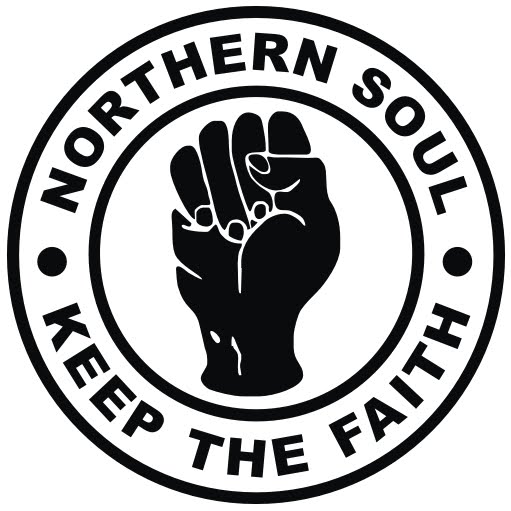 A few years ago, my colleagues and I were having our weekly Friday drinks in our local. Siting at our usual table, putting the world to rights, we hardly glanced up when someone dropped a club night flyer on the table in front of us. We were about to embark on a misinformed rant about the perils of forced fun, when one of us actually read the flyer and piped up, suggesting that not only would this night be happening in the room next door, but that it also might not be shit: “Crawdaddy tonight @ The Wilmington Arms, Northern Soul, Ska and Reggae”.

Worth peering round the door en route to my next bathroom stop, I guessed. A couple of hours later we were in the sweaty, back room of “The Wilmo”, looking embarrassingly lost, watching in awe at the throng of (considerably older but surprisingly fit) dancers, struggling to keep our drinks away from the dance floor, for fear of creating a paste with all the talc beneath our feet.
It was like a private club with official dance moves. Everyone knew the DJs, the dress code and, of course, the superb records. Everyone except us. We were hooked.

It sounds like a cliché but you have to find a Northern Soul night with true, original fans, the atmosphere is electric. It’s not a load of old wrinklies failing to let go of their youth. It’s a group of people who never fell out of love with a scene- because that scene took them in and gave them a way of expressing themselves, an escape from their lives and the boredom of adhering to the social norms of the day.

This week I went to see Elaine Constantine’s film Northern Soul. It’s a love letter to the scene she grew up with, and while the plot may not blow you away with its unpredictability, every last detail is perfectly executed.
I went in with entry level background knowledge, but the anticipation at the chance to see inside the infamous Wigan Casino was still immense. And the film did not fail to deliver.

What seemed like hundreds of dancers filled the floor in the excellent few scenes set inside the venue. But what struck me most was that the people dancing were not film extras. It was very clear that these guys were having the time of their lives dancing their old favourite moves to the greatest music on earth.

I could imagine every last one of them practising the complicated shuffles and jumps in their various bedrooms, relentlessly preparing in the lead up to this important night. The looks on their faces reminded me of my first night at Crawdaddy, me awkwardly sidestepping to Edwin Starr in the back room of the Wilmington Arms. I too now felt a pang of nostalgia.

When you scratch the surface of the Northern Soul scene, you realise that it is as much alive today as it was then. There are always undiscovered side B’s to be found in the bottom of a crate in a warehouse somewhere, and there is a large community of people still “keeping the faith”.

There will be no talk of “making a comeback” or “re emerging”. There have been all-nighters and club nights happening in venues up and down the country since Wigan Casino was closed down in 1981. There are radio stations and music forums dedicated to bringing rare, undiscovered soul records to those with the patience to sift through them.

Northern Soul the film was made on a minuscule budget over many years, and Constantine fought hard to get it funded and shown in cinemas. But it would not have been possible without the support she received from the community of dancers, DJs and crate diggers still keeping the spirit alive.
There was a huge amount of voluntary help and support for the film, from soul fans old and new. Proving that Northern Soul was (and still is) so much more than just a rave scene.

While many would see it as an elitist society because of its rejection of all things mainstream, I prefer to think of it as a club. Put in a little bit of legwork, and they’ll welcome you as a member for life.

Find out more about Northern Soul, the film: